“MMP”: In your opinion, does the industry advertising industry need to pay attention to the role of women as consumers?

Dagmara Witek-Kuśmider: Definitely yes. It is still women who make the majority of purchasing decisions at home. Moreover, women have more and more purchasing power, they keep earning more and more, so speaking to women in a language that is close to them simply pays off for brands. Women are keen to make use of recommendations made by other women, so whoever wins the key to their heart will will also gain access to the wallets of their friends and fans.

The Gerety Awards takes a look at all ads, not only those created for women or by women. The competition aims to grapple with current market realities while seeking to redefine the standard that has traditionally been held to. What changes in this area do you think are possible and what are necessary?

The Gerety Awards is a unique initiative - a competition with only women as judges. In this unconventional way, the organisers decided to draw the attention of both the advertising industry and the community to the asymmetry that has been perpetuated for years – creative directors are usually male. Although there is also a lot of talk in Poland about "women's empowerment", gender equality and inclusivity, the situation is very much the same in our home market. How many female creative directors do you know? As a result, creative men are invited to join the festival juries, gather valuable experience, build their personal brands and networks, so it is easier for them to get promoted, they are recognised in the industry and we have a vicious circle. It is only this year that Cannes Lions could boast parity among its jury members. Interestingly, an all-female jury line-up does not in the least mean feminised choices. The verdicts of Gerety's female jurors did not differ from the assessments made at Cannes. The same works won top honours, because creativity has no gender. Gerety's idea of an all-female jury may seem controversial, but it ceases to be so if we look at the “Global Gender Gap Report 2022” published by the World Economic Forum, which shows that, at the current rate of change, we will have to wait another 132 years for true equality and parity. There is only one conclusion: in order to accelerate it, radical solutions are sometimes needed. Both the success of the Gerety Awards and our conversation today prove that betting on women can be a very effective marketing strategy. A few years ago, when we were opening with the BNP Paribas bank a new chapter in their communications, we started with the question "Why are there no women on banknotes?". At the time, talking about bank products in that way came as a surprise to many. Today, such a question in the bank's communication no longer surprises anyone.

What were the jury deliberations like? How did you interact with the other jury members?

On the one hand, Gerety;s deliberations were very special and, on the other, not dissimilar in content to other festival discussions I have attended. After all, there were professionals with many years of experience in the jury room, charismatic successful women who were invited to recognise the creativity and innovativeness of projects from all over the world. However, there was something special in the atmosphere - the spirit of empathy and incredible openness to a different perspective. The jury was made up of women from all over the world - creatives, marketers and innovators. Each of us came to the room with slightly different experiences, a different cultural and social base and, of course, a list of our favourites, and through heated discussions the number of favourite projects even increased. It doesn't mean that we always agreed with each other, but there was a lot of respect and genuine admiration for someone's talent, uncompromisingness and courage in those discussions. It's probably a very subjective perception, but I had the impression that this was the first jury room in my career where you could hardly sense the element of ego. It is a great pity that the deliberations were held in an online format, because it would certainly have been super interesting to exchange ideas behind the scenes at the festival. Gerety organises a special event in Cannes for its female jurors, but unfortunately not all of them had the opportunity to attend.

How should the advertising standard be redefined?

The more inclusive advertising is - and by that I mean both the communication itself, the topics it addresses, the way it talks about them, and the written and unwritten rules that apply to the advertising industry - the sooner the world will become a better and more open place. Tania Grubner, Gerety’s jury member and co-author of the award-winning Libresse #wombpainstories campaign, spoke very interestingly about this, noting how communication has been breaking down taboos around women's experiences in recent years. It also proves how the voice of female creatives is needed, as probably no one can tell the story of menstruation, menopause, infertility, acceptance of one&#39;s own body and its physiology better than women themselves. Only such authentic storytelling has the power to change the lives of more women. Making certain topics standard is simply our duty, and a culture of silence is detrimental to all. Big brands have great potential to shape attitudes, because they have big advertising budgets behind them, and they can contribute to the perpetuation of stereotypes, the traditional division of roles or they can show new patterns, raise difficult and hitherto embarrassing topics. This does not mean that from now on every campaign should be socially committed, but it is worth ensuring that it does not unnecessarily stigmatise women.

Which brands can be examples of such a communication approach?

For many years now Libresse has understood women very well, taking us on an incredible journey into women's experiences and showing the different dimensions of femininity without anaesthesia or prudery in successive instalments of the #woZmbstories idea. It has rightly been showered with awards at many festivals and recognised with a Grand Prix at Gerety. No one needs to be introduced to the Dove brand, which was the first to have the courage to say “no” to unrealistic beauty standards promoted in media messages and thus started the “body positive” revolution in advertising. It was awarded silver by the Gerety jury for its “Not to normal” campaign and removing the word “normal” from cosmetics packaging. Interestingly, this communication is no longer addressed solely to women, because they are not the only ones who feel pressure to look perfect and have problems with self-acceptance. There are more and more of those brands - Nike, Mattel, Adidas. In our domestic backyard the Yes brand did a great job this year with its “I am a woman” campaign, as well as Lego, Pantene and the previously mentioned BNP Paribas bank. It is apparent that the fastest to learn this lesson in sensitivity are brands that have mostly women among their consumers, especially younger, conscious women who are sensitive to old patterns as well as girls who refuse to accept traditional role divisions and being pushed into a corset of stereotypes and who expect honesty and inclusivity from brands.

Why does our industry need to draw attention to the role of women as creators?

Initiatives such as the Gerety Awards are needed because at last they promote women from the world of advertising and marketing and show a way forward to more women, thus building their confidence. We women need to have one hundred per cent conviction that we are competent enough to take on a task. Men have more confidence in their abilities, which is particularly evident in recruitment for managerial positions. When women hear a proposal to manage a team, they need to reflect on it and grapple with their lack of self-confidence. Men come willingly and declare they are ready for new challenges.

What can we do to accelerate such changes?

We have a lot of fantastic, talented women in the industry who have a lot to say and bring a slightly different perspective to the table, but they need to be given a chance to do so. They need to be invited to the table, encouraged to take on tougher challenges and supported as they take their first steps as creative leaders. Working in advertising and communications attracts people with a particular sensitivity, which is a great gift, but can also be a curse when you have to fight not just for the project itself, but also for the team and the business. It is us, women, who have a big role to play here. There's a fantastic scene in “The Crown” when Queen Elizabeth asks Margaret Thatcher if there will be any ladies in the government she forms. Her response is that she hears that women are not fit to govern because they are too emotional. Ladies, if we don't support each other, why should others? We lack creative mentors in the industry to help young talent. This formula works great in business. I myself have had the pleasure of being a mentor in the Entrepreneurial Women's Network programme supporting girls and women who have a business idea but need the advice of an outsider to get off to a good start. Paradoxically, it is a very formative experience for both sides of this arrangement, both the mentee and the mentor. My management team includes women (Asia Jezierska, Agata Janulewska, Asia Bednarkiewicz) and men (Paweł Murawski, Bartosz Jeglejewski, Tomek Ziemiański, Sławek Figura). Together we have created an amazing team, whose great strength is the diversity that sometimes allows us to look at the same challenge from very different perspectives. The best ideas are born when different worlds meet and
different energies clash.

“The world's youngest headhunter” campaign for the K.I.D.S. Foundation, for which you are responsible, was awarded in this competition, but it is not the only acknowledgement of this project. What do you think are the reasons behind all the accomplishments?

Recruiting competence volunteers on LinkedIn by kids is an idea brilliant in its simplicity, which has been awarded at comeptitions such as Gerety, Cannes Lions, Cresta Awards, Caples, KTR, Mixx Awards Poland and Europe, Golden Arrow, Kyiv International Advertising Festival, KTR, Innovation and Kreatura. This is an example that it's not the big budget that counts, but a brilliant idea and then its bold execution. No one before us has hacked LinkedIn like this and used its driving mechanism - personal branding - so perfectly. The aim of the campaign is also not insignificant: to use the know-how of technology and innovation experts to bring about change in children's hospitals. This is something that simply no one has done before. A major challenge in building the case study was to outline the background and essence of the problem in such a way that it would be clear and comprehensible to jury members unfamiliar with Polish realities. It is all the more satisfying that the project was appreciated in digital, BTC communication, personalisation, CSR and many other festival categories. I think that the impact of this campaign comes from the incredible synergy between the female and male vision of the world, between the world of children's hospitals and business, between kids and LinkedIn professionals. Coming back to the main topic of our conversation, if we as marketers really want to take into account the perspectives and needs of different people and social groups, it's not enough to just focus on communication - you have to start much earlier. As soon as at the stage of creating products, designing services and entire experiences in the consumer or patient journey it is important to remember that our audience is not the consumer, but simply a human being. 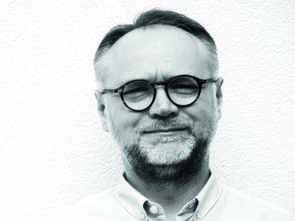 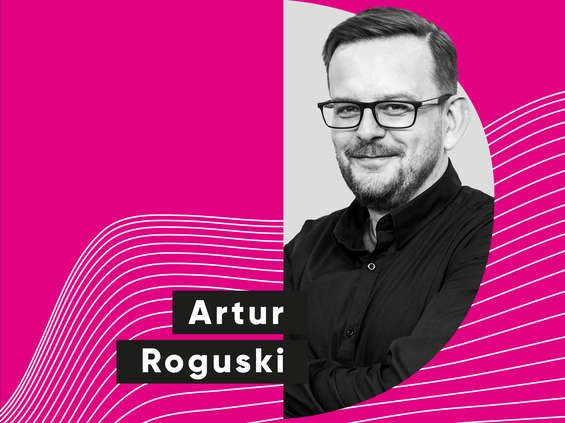 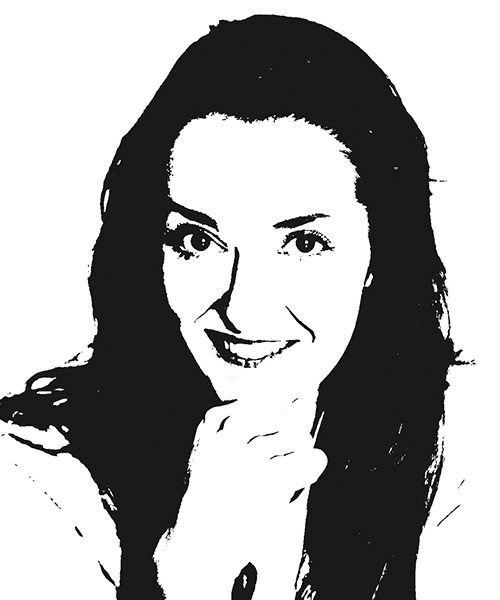 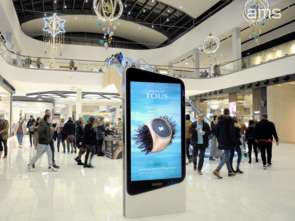 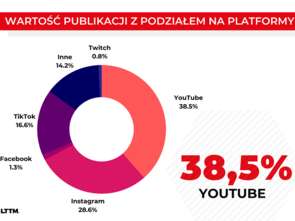 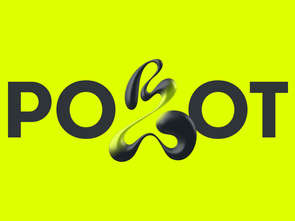 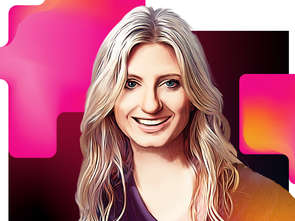 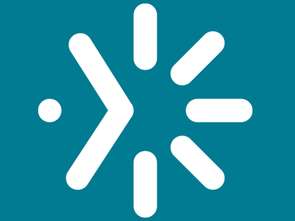 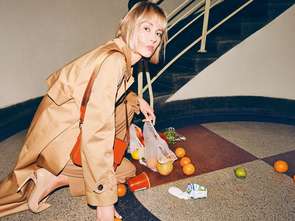 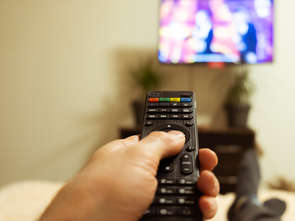 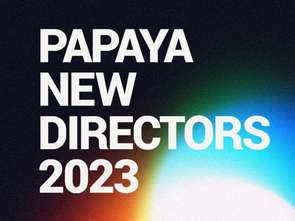 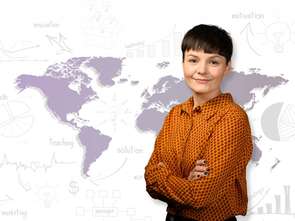 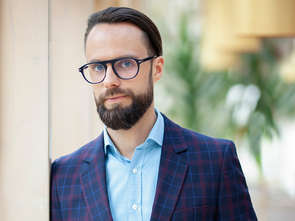 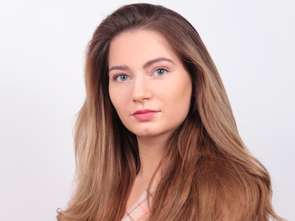 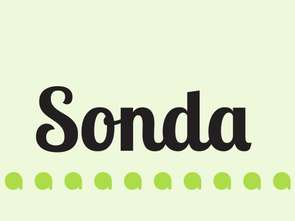 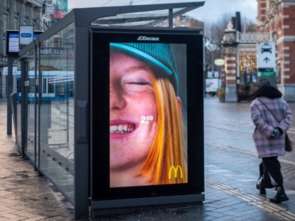 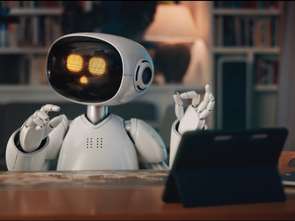 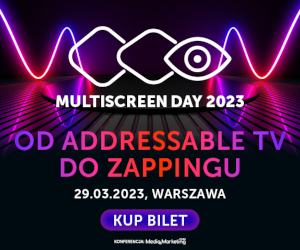 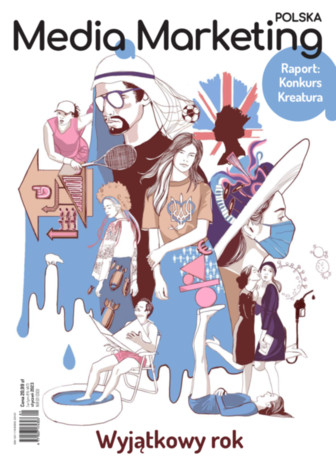 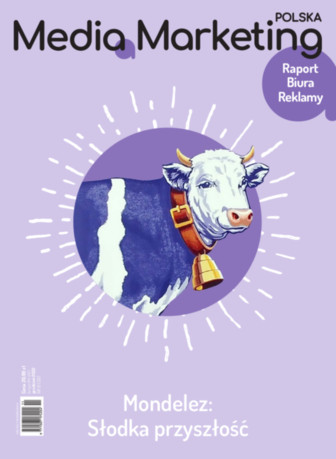 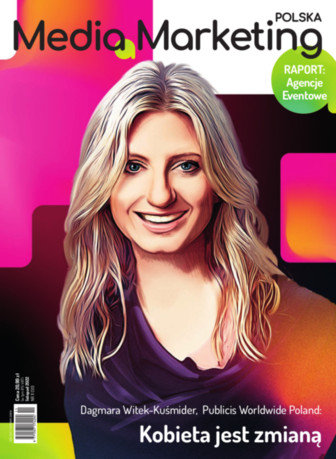 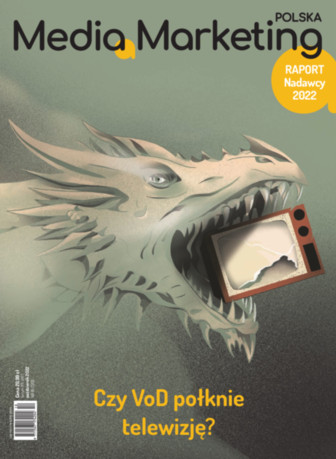